I can’t believe we’ve been cycling every day for a week already! In some ways it is harder than I expected and in other ways I had expected it to be more difficult than it is. We are still very much enjoying ourselves, only the sleeping in a tent on a very thin roll out mat is starting to get to me, because I haven’t been sleeping very well on it!

So today we left on schedule at 8.30am. We were very happy to be leaving the campsite that we had stayed at, because everything was dirty and we didn’t feel comfortable there. Maybe that’s why we managed to actually leave on time 😜

The first 30km were really very tough. We were cycling straight into a very strong headwind, in very boring fields with nothing to look at. This part of Zeeland seemed to be particularly empty! After 30km we stopped for a break in Kruiningen. Here we decided to replan our route because of the headwind. The original plan was to go via Middelburg, but we decided to go via Zierikzee instead because this would cut off a few kilometers.

The next 40km were much better – the landscape kept getting prettier and we had a side wind, much easier than a headwind. Then we turned and had a fantastic tail wind, pushing us accross one of the huge 8km long bridges in Zeeland at 35km an hour! In Zierikzee we stopped again for a break. This is a beautiful little town which I am very glad we went through. 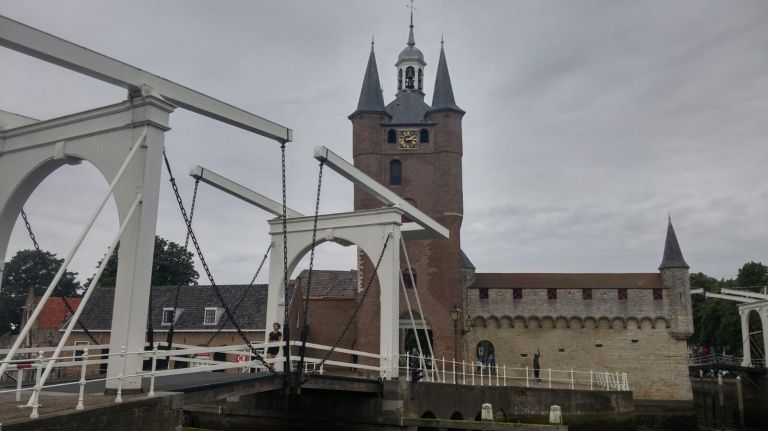 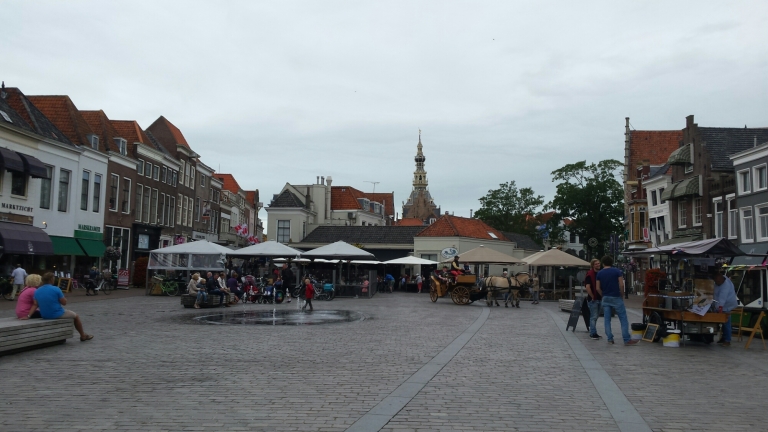 After that we had another tough 10km. Here we had such strong headwinds, most of the time we couldn’t get above 15km an hour, with our speed sometimes dropping to 11 or 12km an hour. When we could finally turn away from the wind we were very happy, as those 10km were incredibily tiring.

From there it was a great cycle to the campsite. From Ellemeet we joined the LF1 Noordzee route, which was really beautiful. We also had an amazing tail wind along here, meaning we could keep at 35km an hour very easily. This made up for a bit of the time lost earlier!

At around 17.15 we arrived at the campsite in Ouddorp after a 113km cycle. The weather is great and both of us are feeling very good! We are looking forward to the next few days, cycling along the coast. Hopefully the weather will be as good to us then 🙂